We invite all our current and potential Customers to visit our Stand in the upcoming XIII International specialized exhibition “Arms and Security – 2016” to be held in Kyiv, Ukraine from 11 to 14 October 2016. You can find us on  booth  No. 2-B43.

More information regarding exhibition you can find on page http://www.iec-expo.com.ua/en/as-2016.html

Stomil-Poznań S.A. participated in the International Defence Industry Exhibition in Kielce as an exhibitor. This year, the 24th edition, a record in terms of the number of exhibitors, took place between 6 and 9 September. Stomil-Poznań exhibited its products on the common stand of the Polska Grupa Zbrojeniowa S.A.

Terrain tires for trucks, airplane tires for the MiG-29 fighter or Su-22 combat aircraft in Kielce

We presented universal and terrain tires for trucks, airplane tires for the MiG-29 fighter or Su-22 combat aircraft in Kielce. Honorary guests of the fairs turned out to be interested in products manufactured by Stomil-Poznań. Our stand was visited, among others, by the Minister of National Defense Antoni Macierewicz, the Secretary of State in the Ministry of National Defense Bartosz Kownacki and Chief of the National Security Office, Secretary of State, Minister in the Republic of Poland’s Presiden Office, Paweł Soloch. 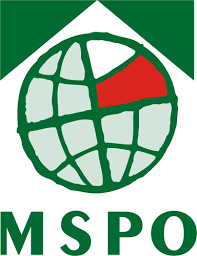 Stomil-Poznan SA – Member of the Polish Armament Group participated as an exhibitor from 2nd  to 5th  June 2016 in the Fair Pro Defnese organized in EXPO Masuria in Ostróda. Polish Armaments Group – the Strategic Partner of the Pro Defense, is one of the largest defense companies in Central Europe, whose ambition is to become a leading manufacturer of technologically advanced equipment for the modern armies all over the world. Pro Defense was the first event of this kind in Poland and Europe connecting Defence Fairs and Congress of  Defence Organizations from NATO member countries. The event was accompanied by trainings, workshops, presentations and demonstrations of machineries and soldiers skill. Pro Defense was an event addressed to every citizen, who is close to the concept of patriotism.

In this year’s twelfth edition of the International Fair of Defence HEMUS 2016 held in Bulgaria on the 25th – 28th of May Stomil has been one of the proud exhibitors for the first time. At the booth we presented military truck tires used on KRAZ trucks and BRDM armored vehicles, and also aviation tires for fighters MiG-29, Su-22 and helicopters Mi-2, Mi-17 and Mi-24.

We are happy to present our new website. It is distinguished by a new layout and enhanced directory and the comparison of products. Responsive version of the service allows our customers to use it comfortably on mobile devices.

We offer various tires at attractive prices manufactured 2015 and prior.
Feel free to contact us: tel. 6187 87 350 or e-mail m.k@stomil-poznan.pl